NR has developed elastic inversion software called CRAVA in collaboration with Equinor. CRAVA is an acronym for "Conditioning Reservoir variables to Amplitude Versus Angle data." CRAVA calculates elastic properties such as density, P- and, S-velocity from seismic amplitude cubes. Input data are amplitude cubes stacked at different angles and corresponding wavelets. Output are cubes of inverted elastic properties. CRAVA also offers the possibility to investigate the accuracy in the results by calculating uncertainties, or by simulating (Monte Carlo) cubes of possible elastic properties.

CRAVA has been tested on several oil fields.

For details and examples please have a look at the CRAVA user manual that has an extensive introduction to concepts and possibilities.

Crava can be downloaded here.

Crava main feature is to perform an elastic inversions, but other features included are estimation mode to only estimate background model, wavelet or prior correlations and forward mode to generate seismic data.

CRAVA also has facies predictions and a rock physics template. 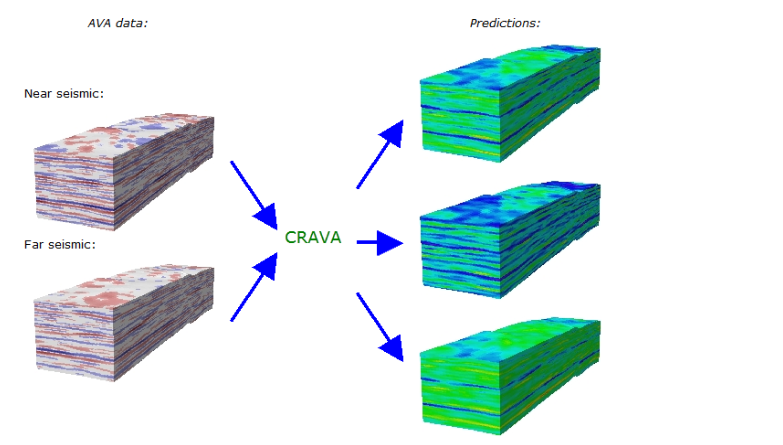 Checks input data and performs estimation of lacking information for inversion. Will estimate a background model, wavelet and/or prior correlations. 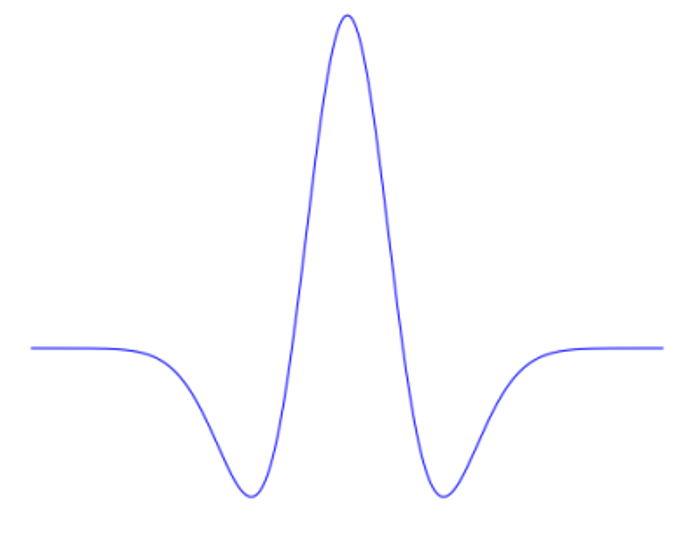 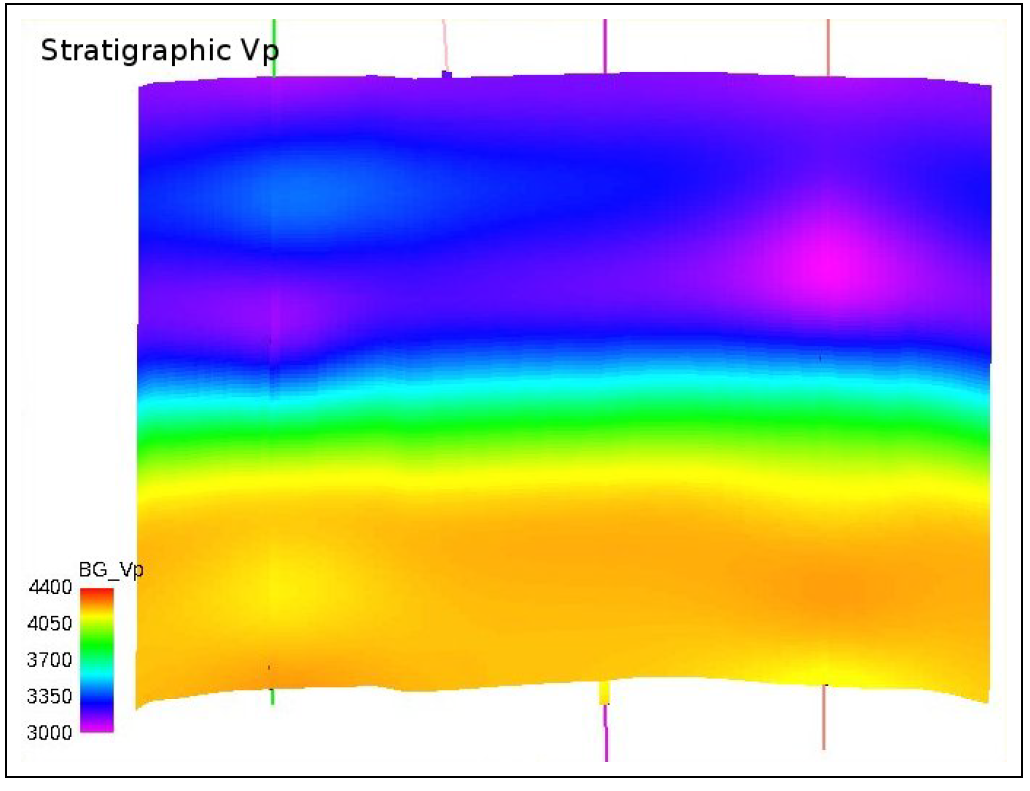 The facies probabilities are computed based on the inversion results and a distribution for inversion values given facies computed from filtered well logs, where the filter is defined by the inversion. 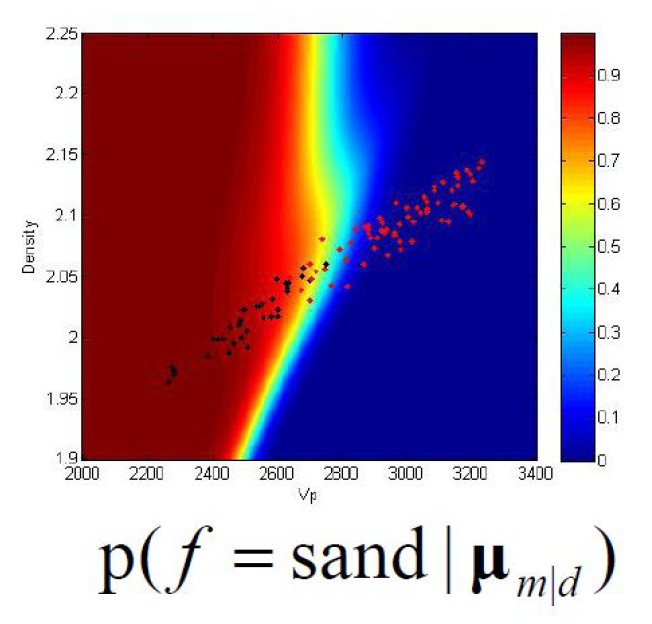 The idea behind the rock physics template is to be able to model the density and elastic properties of a fluid-filled rock in a very flexible way, by selecting from and possibly combining many different rock physics theories

CRAVA is based on standard physical approximations:

CRAVA calculates any set of seismic parameters in an isotropic, inhomogeneous earth model:

CRAVA can use zero-offset data:

The methods used by CRAVA are based on: