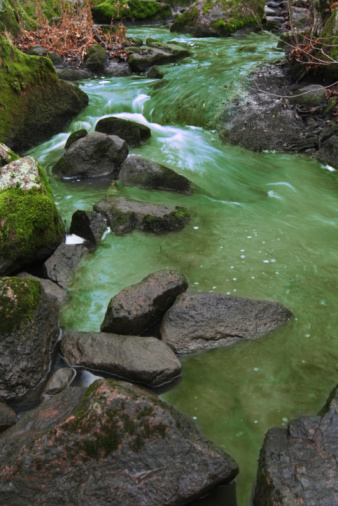 Acid rain and other acid deposition are serious environmental problems that affect large parts of the industrial world. Rivers and lakes that are exposed to acid deposition may become acidified if they are not naturally protected with for instance limestone rock that are able to neutralise acid.

The relationship between acid deposition and acidified lakes are complicated. Even if the acid deposition were significantly reduced, it would take many years before a lake recover from acidification. Therefore, complex models are needed to quantify the effects of reduced deposition, taking into account chemistry, hydrology and soil characteristics. In order to predict the future level of acidification in a lake, the model has to be calibrated on historically data.

Traditionally, such models have been calibrated manually by trial and error, and predictions have been presented without uncertainty. In this project, the Norwegian Computing Center (NR), the Norwegian Institute for Water Research (NIVA) and the University of Virginia have developed a method for automatic calibration of such models, using various types of information and taking into account uncertainty.

The methodology is demonstrated using the hydrogeochemical model MAGIC model to the Birkenes cathment in southern Norway. Assuming a scenario following the current legislation, the probability for having a healthy trout population in year 2050 is 40%. Assuming a more optimistic scenario, with maximum feasible reduction according to the best available technology, the probability is increased to 70%.

The Research Council of Norway